LED stands for light emitting diode. LED lighting products produce light up to 90% more efficiently than incandescent light bulbs. How do they work? An electrical current passes through a microchip, which illuminates the tiny light sources we call LEDs  ( LED Bulb or LED lamp ) and the result is visible light. ghl\ hg hd nd .

The most efficient commercially available LED lamps have efficiencies of 200 lumens per watt . The LED lamp market is projected to grow by more than twelve-fold over the next decade, from $2 billion in the beginning of 2014 to $25 billion in 2023, a compound annual growth rate of 25%. As of 2016, many LEDs use only about 10% of the energy an incandescent lamp requires

What is special about LED lights?

LED lights ( LED LAMP ) are free of all harsh chemicals and they do not emit UV rays. LED lights are also 100% recyclable and can significantly reduce your carbon footprint. With one LED light able to do the work of roughly 25 incandescent light bulbs over its lifetime, LED lights also help save on materials and production. ghl\ hg hd nd

What are LEDs and how do they work?

LED stands for light emitting diode. LED lighting products produce light up to 90% more efficiently than incandescent light bulbs. How do they work? An electrical current passes through a microchip, which illuminates the tiny light sources we call LEDs and the result is visible light. To prevent performance issues, the heat LEDs produce is absorbed into a heat sink.

LEDs offer several advantages over traditional light bulbs, building on the best parts of their predecessors while leaving their inefficiencies behind. Here’s what LEDs have to offer and what makes them so beneficial: 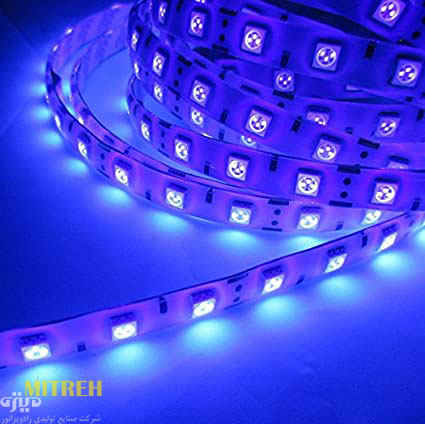 The components of an LED and the way that they generate light significantly extend the lifespan of these bulbs. Where other bulbs’ lifespans are shortened through both proper and improper usage, the LED bulb’s low heat levels, durability, and energy efficiency make it possible for it to outlast other types of bulbs by thousands of hours. ghl\ hg hd nd

Typically, the important parts of a light bulb, such as the filament, weaken over time, which causes the bulb to burn out. But LEDs don’t burn out the same way that other bulbs do; instead, the amount of light they produce decreases gradually in what is called “lumen depreciation”. The lifetime of an LED bulb is based on how long it takes for the lumen output of the bulb to decrease to 30%, so it will likely last longer than the average rated lifetime hour listed on the box if you don’t mind or don’t notice the decreased illumination.

Certain cheaper LED bulbs will only last about 5,000 hours, which is still 4,000 – ۳,۰۰۰ hours longer than the average rated lifespan of an incandescent, but many branded bulbs are rated for over 25,000 hours.

Because of their high lumen output per watt, LEDs are capable of turning about 70% of their energy into light. This makes them much more efficient than other bulbs, which waste a lot of energy by turning it into heat. It only takes a 6 watt LED bulb to produce the amount of light that a 40-watt incandescent does, and their lower temperature also makes them safer to operate. In comparison, incandescent bulbs can get so hot that they should be kept out of reach of children who might burn themselves, and they have also been known to cause fires if they accidentally come into contact with flammable materials, such as curtain fabric.

LEDs are capable of emitting an extremely high level of brightness. That’s why wattage is no longer a viable measurement of brightness – instead, look at a bulb’s lumen output when you’re making the switch to LEDs or other energy-efficient lighting.

Incandescent bulbs require gels or filters to create different colours and shades of light. On the other hand, LEDs offer a wide range of colours and colour temperatures without the use of gels or filters, which can burn out or fade over time. With LEDs, it is the actual diode (or its phosphorus coating) that is changed to alter the colour of the emitted light, so you can trust that it will stay the same shade until the end of its lifespan. ghl\ led

While an incandescent bulb operates by heating its filament to a temperature that produces light, an LED bulb emits electromagnetic energy as light when electrified. By turning energy into light instead of heat (rather than using heat to generate light), LEDs are able to operate at a significantly lower temperature than other types of light bulbs.